Despite the reshuffle which took place during the off season, we have found the 1A South East just as difficult to predict as it was last year. This uncertainty has only added to the excitement of the Conference, which has only been enhanced by a number of close encounters!

Even with half the campaign to go, it is shaping up to be a straight tussle between the Imperial Immortals and the Cambridge Pythons for the Conference Crown, with both teams looking good to challenge for promotion. Despite possessing six points a-piece, Cambridge have emerged as favourites after entering 2017 unbeaten, and with a game in hand over the Immortals who suffered a narrow defeat to Kent in their opening game.

This time last year, Cambridge were sitting at the foot of the 1A South East table with no wins. This summed up what was a difficult campaign for the Pythons, who needed a final day victory over an injury-stricken Sussex side to avoid the drop to Div Two. 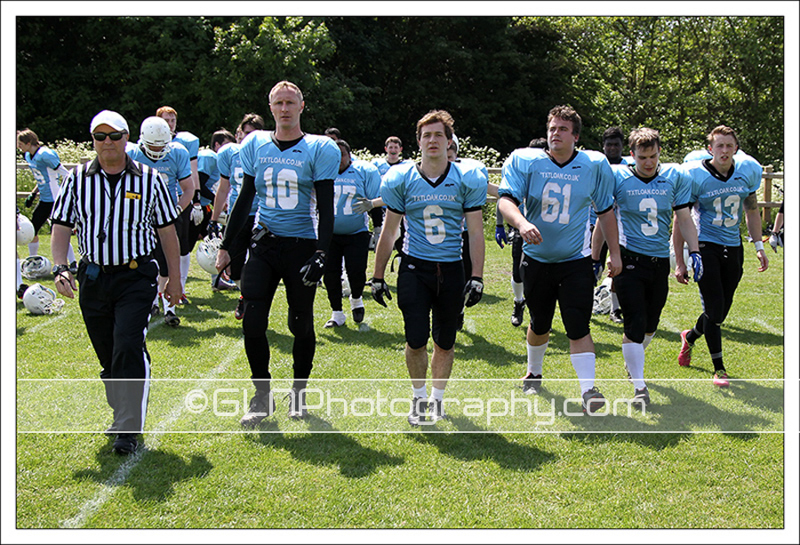 This season has been a different story. The conference leaders set the tone for their successful first half of the season early with a dominant 35-8 win at RHUL, which they followed up with a shutout against UEA and narrow win over Kent. Despite looking solid on both sides of the ball, the Pythons are yet to face their biggest test, with two games against Imperial to come.

Meanwhile, the London-based team will view the encounter with Cambridge on January 29 as a chance to regain the initiative. After two difficult seasons playing the likes of Birmingham and Herts in the Premiership, the Immortals’ drop down to the second tier of Uniball was accompanied by the uncertainty of whether they could return to winning ways. However, following an opening day overtime defeat against Kent, the Capital-based outfit have performed well on both sides of the ball to win three games on the bounce.

The Immortals have benefited from consistent performances from experienced players, such as linemen Marcus Mohr and Sam Hill, as well as strong displays from some of their newer recruits, with former Westpoint man Jason Kuilan being the standout. The American has put in a number of fine displays on both sides of the ball and has been named the team’s overall MVP in two of their four games.

Despite finishing last season with a flourish, the Kent Falcons’ slow start to their campaign hindered their chances in the post-season by setting up a difficult tie against eventual runners-up Surrey. There hasn’t been any such problem this time. This time the Falcons were able to enter the season’s halfway point with a solid 2-1 record. While some may have discounted them in the race for the Conference Crown, an impressive overtime victory over Imperial and a narrow defeat against Cambridge is a clear indication that the Falcons are more than capable of challenging for the top spot. No matter what the outcome, a good start to the season has put Kent in with a good chance of playoff football.

After a convincing display against the Bears’ in the opening weekend we thought that the UEA Pirates might be challenging for the conference title. However, this strong start was followed by a torrid three game period during which the Pirates failed to score a single point. A score and a narrow loss against Imperial just before the Christmas break will give UEA hope that they will be able to rediscover the form that they started the season with.

In a season full of shocks, perhaps the biggest surprise of all has been how far the RHUL Bears have been off the pace of their opponents. Prior to this campaign, two of the Bears’ last three campaigns ended in playoff football, giving them a reputation as a dangerous outfit which thrived with the ball.

However, with the new season bringing about significant changes at both QB and RB, the less-experienced RHUL offence has struggled to move to move the ball. After the first three games of last season the Bear’s had recorded 87 points, but this time around they have only managed just 21 as they have slipped to a 0-3. Unless 2017 sees significant improvements on offence, the Bears are sure to be destined for the drop down to the third tier.