In a sudden change of direction, Wembley stadium will now not be sold by the Football Association (FA) after Jacksonville Jaguars owner Shahid Khan withdrew his offer.

As we reported back in April The FA had been keen to sell the stadium to the billionaire owner of Fulham football club in a deal worth almost £900m.

The proposed deal had been discussed for more than 12 months after the Jags owner met the FA chief executive, Martin Glenn, at the Super Bowl in February last year.

The romance that seemed to have blossomed between Khan and senior FA executives hasn’t survived ‘meeting the family’. Unfortunately, Mr Khan has now withdrawn his offer due to it being seen as ‘divisive’.

“Shahid Khan has informed us today that he will be withdrawing his offer to buy the stadium – and we fully respect his decision.” FA Chief Executive

The FA who have received mixed responses from soccer fans to the offer said today via their Chief Executive, Martin Glenn: “Earlier this year, The FA received an unsolicited official offer from Shahid Khan to buy Wembley Stadium. It was a very credible offer and was given very serious consideration,” FA chief executive, Martin Glenn, said. “Shahid Khan has informed us today that he will be withdrawing his offer to buy the stadium – and we fully respect his decision.”

“Mr Khan believed that his offer to buy Wembley Stadium would release funds to help improve community football facilities in England and that it would be well received by all football stakeholders. At a recent meeting with Mr Khan he expressed to us that, without stronger support from within the game, his offer is being seen as more divisive than it was anticipated to be and has decided to withdraw his proposal.”

“Wembley Stadium is an iconic venue that is revered around the world and it will continue to thrive under the ownership and direction of The FA.”

“There has been much deliberation on both sides of this debate and it has undoubtedly raised awareness of the issue that community football facilities in England need significant investment.

“We would like to thank the football stakeholders, Government, FA Board and Council members for their collaborative approach throughout this process. We will continue to work together to identify new and innovative ways of investing in community football facilities in the future.” 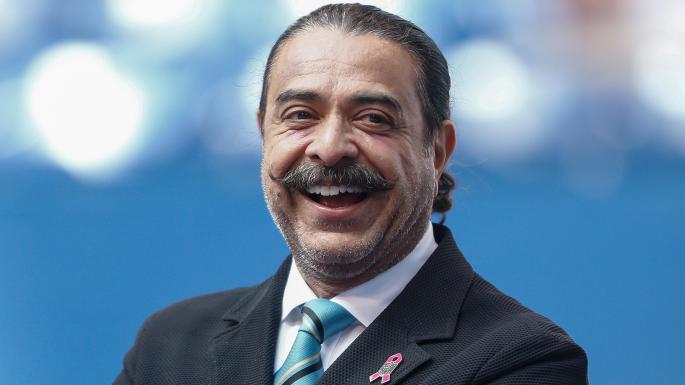 In a statement from Mr Khan, he said:

“It appears there is no definitive mandate to sell Wembley and my current proposal, subsequently, would earn the backing of only a slim majority”

“It appears there is no definitive mandate to sell Wembley and my current proposal, subsequently, would earn the backing of only a slim majority of the FA Council, well short of the conclusive margin that the FA Chairman has required.”

Mr Khan said: “The intent of my efforts was, and is, to do right by everyone in a manner that strengthens the English game and brings people together, not divides them.

“Unfortunately, given where we are today, I’ve concluded that the outcome of a vote next week would be far from sufficient in expressing the broad support favoured by the FA Chairman to sell Wembley Stadium.

“Until a time when it is evident there is an unmistakable directive from the FA to explore and close a sale, I am respectfully withdrawing my offer to purchase Wembley Stadium.”

Will Wembley Stay With the FA?

No, I think this is the moment where Khan pulls his bid to allow the grassroots FA community a chance to reflect on what the future holds for them if they don’t sell their iconic venue. Once the FA realise that their future options include the debt of the Wembley building they may revisit a sale option.

Where now for the NFL?

So where does this leave the NFL’s franchise hopes in London? Recently, Mark Waller, the NFL’s executive vice president of international said in an interview “We are definitely nearer than ever”… “The keys for the NFL are: first, is there fan demand to sustain it, and for me the answer is a clear yes. And second, do we have the stadium capacity, availability and optionality to accommodate our games? The fact there is Wembley, Tottenham and Twickenham ticks that box. Having support from sponsors and the government is vital too.”

In my opinion, the purchase of Wembley is not the factor that would determine the home for a UK franchise. The NFL has already invested money in the development of White Hart Lane with a permanent NFL pitch built into the new development. If it wasn’t for delays in that development this past weekend would have seen the first NFL fixture played at the new ground.

Many are continuing to assume that the Jacksonville Jaguars would be relocating their franchise to London. This has seemed more and more unlikely as Khan invested in infrastructure projects around their existing stadium in Duval County.

There are other franchises in the US who aren’t at all settled. This coming weekend’s Wembley clash brings the Los Angeles Chargers to town to face the Titans.  LA has not taken them to heart so far and with the recent death of longtime Chargers owner Alex Spanos should we be looking to the other coast of America for any potential London team?

The Seattle Seahawks came to Wembley this past weekend and left the Oakland Raiders with a black eye in their black hole. Despite it being a ‘home’ game for Oakland, the support of the ’12’ was very much in evidence in the stadium.

The convincing 27-3 victory made the Seahawks and their legion of fans very happy. Unfortunately, their celebrations were short-lived when the news broke that their owner and Microsoft co-founder Paul Allen passed away aged just 65.  This followed complications from non-Hodgkin lymphoma, just two weeks after announcing he had restarted treatment for the cancer that he had previously fought off in 2009.

Paul Allen was due to be at the game on Sunday, we can only hope that his team’s victory left him with some joy in the final hours before his death.

NFL Commissionaire Roger Goodell was asked about the future of the Seahawks at today’s press conference following the 2018 Fall meeting in New York. His response was:

“We didn’t have any discussion about it. We think it is inappropriate at this point in time to be having those kinds of discussions. The Seahawks have made plans. Paul Allen had made plans. At the appropriate time, those plans will be discussed.