STALLIONS LOSE A TOUGH GAME AGAINST THE UNBEATEN CATS 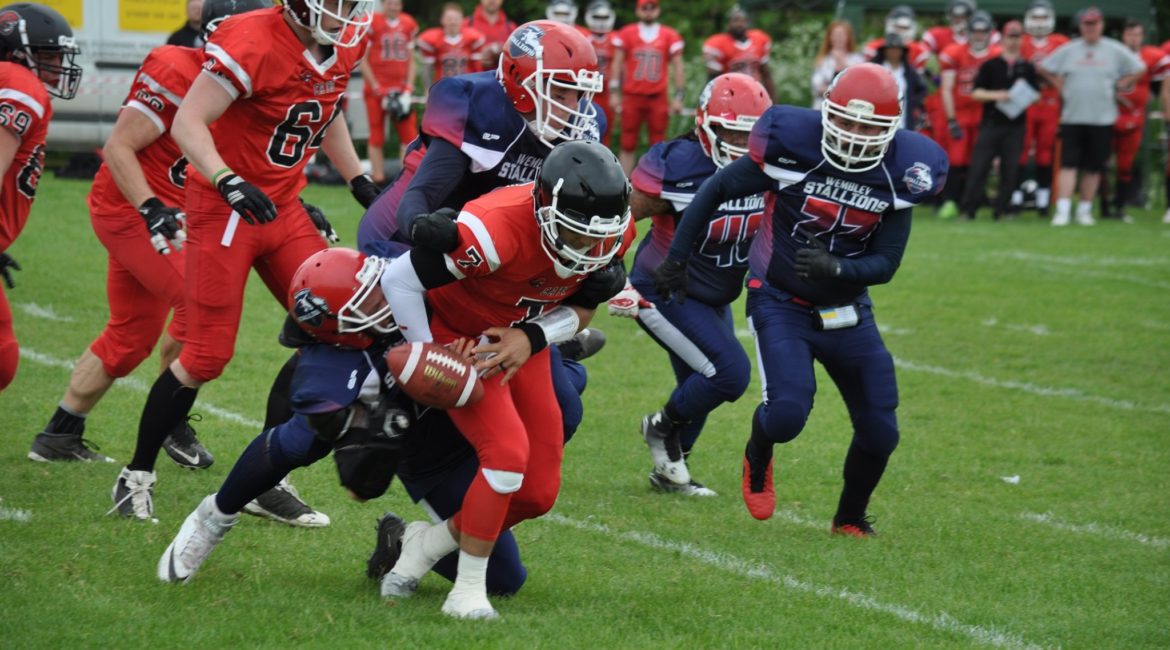 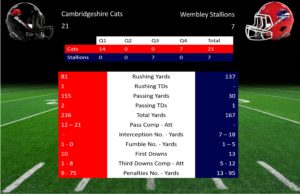 Cambridgeshire moved the ball quickly on their opening drive, with a mixture of runs and passes they were inside the red zone on their fifth snap of the ball. Two plays later a catch was made for a touchdown, there were no mistakes on the extra kick as the home side went straight into the lead at 7-0.

The Stallions suffered a quick three-and-out to put the Cats’ offence back on the field. And again, on their fifth snap of the drive, the home side were in the red zone. There was a moment of excitement for the away fans when Sam Fraser forced a fumble, but the Cats’ offence were quick to recover the ball, keeping the momentum. Cambridgeshire ran in for the touchdown and added the extras to double their lead at 14-0.

The home side’s defence continued to limit Wembley’s offence as time expired in the first quarter. Wembley’s defence started to grow into the game with a sack by Duncan McAslan preventing the Cats from extending the drive. However, a mix up on gathering the punt lead to Cambridgeshire recovering the ball in the red zone. Tackles from Paul Fergus and Chris Middlemaskept the Cats at short gains, followed by holding penalties, sent the home side backwards and prevented a score. On the Cats’ next drive Luke Streeter forced a fumble recovered by Andrew Emerton Court putting the Stallions just outside the red zone. But time expired on the second quarter before the away side could score. 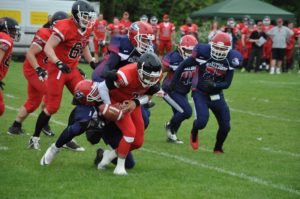 Wembley started the third quarter with the ball, boosted by ending the second with a scoring opportunity, they started to move the ball with runs from Emmanuel Olagaju and Geraldas Kastauna, putting the away side back into the red zone. The drive ended with a pass to Nick Glenday for a touchdown, Glenday added the extras to put the score at 14-7.

Read the rest of the March Report at WembleyStallions.co.uk