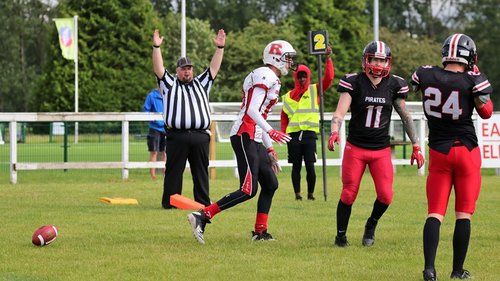 From the off that task immediately looked like a difficult one as the Pirates would draw first blood early on. Taking advantage of a blown defensive coverage they would go 6 – 0 up and continue to punish the usually stout Roughnecks defence quickly adding two more scores. The offence though would move the ball at times, with mistakes hurting drives which looked good. They would find paydirt in the second quarter however, as #16 QB Chris Breen found #18 WR Rhys Elmslie in the endzone, following #6 RB Lewis Hughes’ hard work on the ground throughout the drive. With neither team having converted a PAT, the score would be 18 – 6, with special mention to Jack Conn on FG block preventing three early Pirates PATs. 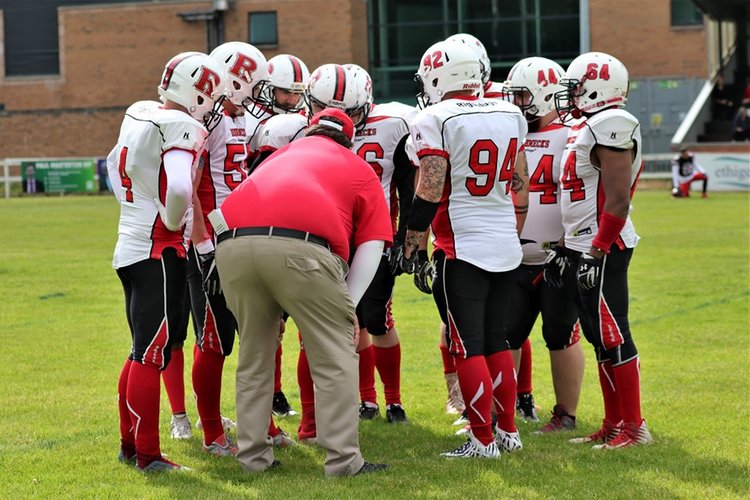 Unfortunately that would be as close as it would get last Sunday afternoon as the Pirates would pull away for the remainder of the afternoon, as the bossed the Roughnecks’ defence about all over the field to the tune of 52 points.

Learn which players put up points and were selected for special mentions and MVP Awards at ABDNRoughnecks.com