The XFL today announced that Bob Stoops, the “winningest” head coach in University of Oklahoma history, has been named head coach and general manager of the XFL team in Dallas.

“We’re incredibly excited to have an individual as accomplished as Bob Stoops join the XFL family,” said Oliver Luck, XFL Commissioner & CEO. “Bob’s achievements at Oklahoma are legendary, and he’s the perfect person to lead our team in Dallas. Having a coach as successful as Bob share the XFL’s vision to reimagine the game is energizing and further validates our mission.”

“I’m looking forward to working with Vince McMahon, Oliver Luck and the great group of people they’ve put together to help develop the XFL and build an outstanding team for fans in the Dallas area,” said Stoops. “When the chance to play a key role in building a new football league came my way I couldn’t pass it up. The style of play in this league will allow us to innovate and refresh the game, and that makes me excited to get back to the sideline again.” 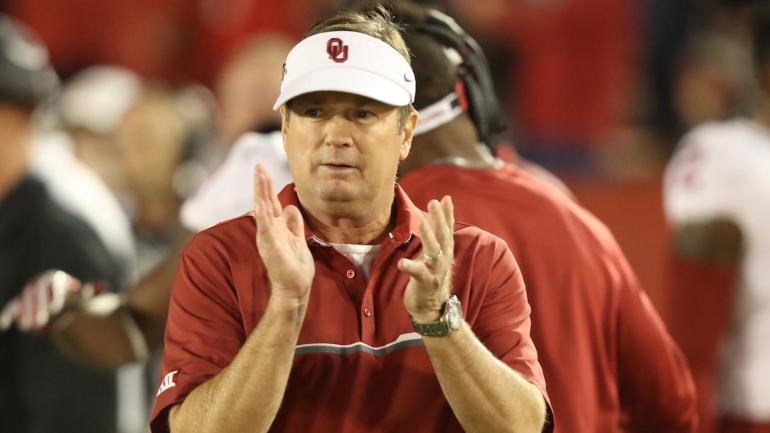 Stoops’ accomplishments during his 18-season (1999-2016) tenure at Oklahoma seem endless. No head coach has led the Sooners to more victories (190), consecutive bowl berths (18) and Big 12 titles (10), than Stoops. During the Bowl Championship Series era, Stoops was the only coach to win a national championship (2000) and every BCS Bowl Game. His OU teams also played in three additional BCS National Championship Games and made the four-team 2015 College Football Playoff.

Stoops earned 19 Coach of the Year awards, including eight on the national level during his 18 seasons at OU. He reached 100 victories faster than any coach in college football history. Only five coaches needed fewer games than Stoops to reach the 150-win plateau (187 games). During his 18-year OU tenure, the Sooners led the nation with their .667 winning percentage (60-30 record) against AP Top 25 teams.

Stoops produced 37 first-team All-Americans, two AP Players of the Year and 79 NFL Draft picks as OU’s head coach. While there, he coached two Heisman Trophy winners (Jason White in 2003 and Sam Bradford in 2008) and seven Heisman finalists, as well as two more Heisman winners who earned the honour after his OU retirement (Baker Mayfield in 2017 and Kyler Murray in 2018). He also coached at his alma mater Iowa (1983-87), Kent State (1988), Kansas State (1989-95) and Florida (1996-98), where he served as defensive coordinator for the Gators’ 1996 national championship team.

As a standout college player, Stoops was a four-year starter at defensive back at Iowa (1979-82) under coach Hayden Fry who gave him his start in coaching. He made honourable mention All-American (1982) and was a two-time All-Big Ten selection (1979, 1982).

The competition for a spring league

The XFL isn’t the only league starting up to fill the post-Super Bowl football gap. Starting this coming Saturday is the Alliance of American Football (AAF). A league that appears to have the backing of the NFL and looks set to try and capitalise on its one year head start.  For more on how the league will compete, take a look at my assessment.