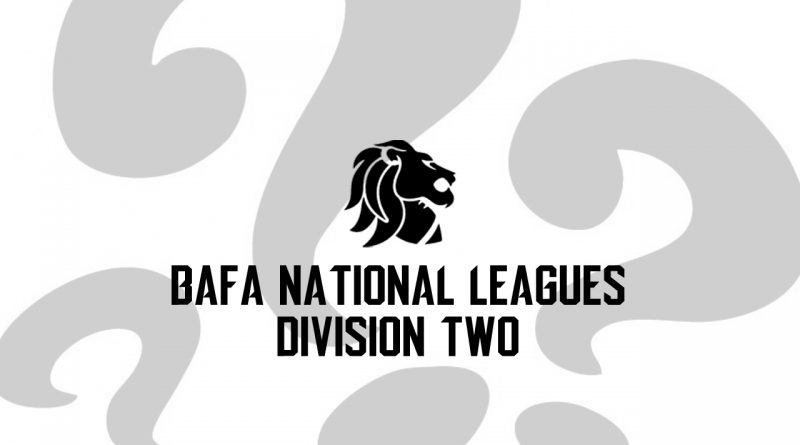 Playoff spots galore will take a step closer to being locked up this weekend as the Hunters and Blackhawks joust for the #2 spot in the North, the Trojans and Warriors compete for the Western Crown, and the Romans can move within touching distance of sealing the deal on the NFC 2 Central title!

The top spot’s already been locked up by the Roughnecks, but these two teams still have a lot on the line as they joust for the third time this season with the #2 spot in the North up for grabs.

A win for the Hunters would seal the deal on some postseason action, while the Blackhawks will be gunning not just for the W, but by a healthy margin to boot, as the Hunters still hold a 20 point advantage in the head to head (which, from our understanding of the regs, points differential would still hold priority over the ‘Hawks having two wins to one.).

Clyde Valley’s game last weekend against the Northern champs, Aberdeen, was a typically testy affair, with ejections and controversy, but they shipped over 30 points and will need to stem the tide if they want to come out with a win on Sunday.

Meanwhile, the Hunters haven’t seen action since Week Ten, but have shown an aptitude to put up points this year - including coming closer than any others to felling the Roughnecks back in Week Five and scoring at least double digits in every outing this season.

This one will likely be closer than the last time these two met, but I expect the CVB offence to struggle to keep up with Dumfries. Hunters to win

It has been a season to forget for both these organisations in 2018, the Sentinels struggling with player numbers and unable to show anything on offence throughout the campaign and the Storm regressing massively from the playoff side that took the league by Storm in their rookie campaign. For a while now both these sides will have looked at this fixture as the one to win – a battle for the wooden spoon.

The Sentinels have averaged a measly safety per game, just two points per showing this season on their way to an 0-6 record that included a forfeit along the way – the worst points scored per game record across the leagues.

At least on the other side of the ball, defensively they haven’t been that bad, despite being on the field a hell of a lot this year, they’ve only conceded one fifty burger… regrettably last time out against the Furness Phantoms. Their Week Four defeat at the hands of the Storm was their next worst defensive showing with 46 points conceded, which doesn’t bode well for Sunday.

Across from the troubled Sentinels offence, the Storm defence has the third worst points per game (45.5) in the entirety of Britball so far in 2018. They’ve conceded burgers to Furness twice, Halton and Chester, and still have to play Chester in the final weeks of the season. Offensively, they still have some firepower – having only been shut out twice this campaign. 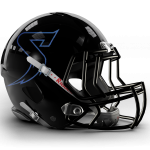 Ultimately, that should be the difference between the two sides as the Storm’s offence earns the sophomore outfit their second win of the campaign.

It has been a season of progress for the Furness Phantoms, once a perennial loser under the moniker of the Walney Terriers, but they’ve somewhat found themselves in the middle ground of the NFC 2 Central. They’ve handily despatched of both Morecambe Bay and Carlisle, chomping down on three burgers in the process against the conference’s bottom dwellers.

In contrast, when they’ve competed against their foes from the top half of the table they have succumbed to heavy defeats away at Halton and away at Chester.

They host the table-topping Romans after three weeks off, and so the Phantoms will be hoping to still carry some of the momentum they built after trouncing the Sentinels at home in their more recent outing. The next two weeks will have a big say on whether this season has been a huge success for the redubbed outfit, or just a mild one.

The Romans come into the game after a bruising 6-6 encounter with the Halton Spartans. Chester went into the game with an undefeated record – so keep that intact – but it’s no longer a perfect season.

They should still close out the conference crown in the coming weeks, favourites to pick up Ws in both this game and their trip to the Morecambe Bay Storm. The Romans should head into the playoffs full of confidence, and last weeks tough encounter with the Spartans will make them battle ready once they come around – playing in a tight encounter with a very good side. 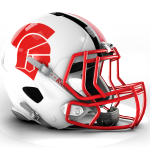 Romans to win, but Phantoms will make it interesting – they should be well rested against a side who is coming off a tough, tough game.

No John this week, so we’ll cover this one as best we’re able.

The humble Humber Warhawks host the #2 power-ranked Birmingham Bulls this Sunday in the penultimate fixture of each side’s seasons.

With a win and a tie on their record, the ‘Hawks have already bested their 2017 record by half a game, and with two games to spare. However, in all likelihood that’s probably the high tide mark for the Warhawks, as they round out the year with a couple of tough outings.

Birmingham bulled their way through the early part of their campaign with a staunch defence that’s boasted four defensive shutouts on the year so far and will come into this game riding high after their clutch win against the Surge that’s given the Midlands side the edge in the race for the NFC2South conference crown.

The odd scheduling situation this season means it’s the first and only meeting between the two teams this year, and while the Bulls need to be wary of slipping up through overconfidence, the reality is they’ve proven to be a cut above the majority of their rivals this year. 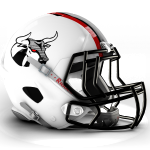 I don’t think we’ll be seeing a burger here, but expect a confident and comprehensive win from the Bulls if they travel at strength. Meanwhile, the Warhawks should set the goal of putting points up against a team that’s been incredibly resilient in all but one of their fixtures this season.

The last match between these two teams a fortnight ago had everything: it was tough, tense physical and fun fixture. While the Warriors came out victorious 14-6, the Trojans looked like they were the dominant team.

In the first half, the Trojans struck first blood when Chris Robson-Close broke through the Warriors’ defence.

The Warriors were hoping that they could even up the score just before halftime when a green jersey made its way into the Trojans’ end zone, but a flag for a block in the back tore away South Wales’ dreams. Unfortunately for the Trojans, they came out flat in the third quarter.

The Warriors’ WR, Max McNeill-Smith finally helped to even the score with a pass from Dean Jackson. The clincher for the Warriors came when defensive back, Adam Balson intercepted one of the Trojans’ balls for six. With the clock running out the Trojans, they started to utilise their passing game more, which showed what Hines can really do, but unfortunately, it was all too late as the clock ran out and the Trojans left with an L.

Both teams are stacked with talent and are both deserving of the conference title. Again, this match can really go either way and depends on who has worked the hardest (and smartest) during their week off from fixtures. 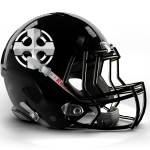 This game will be another hard, feisty match up and will ultimately decide who the number one in their conference is… This time I’m taking the Warriors to win.

This matchup last year saw the home side sneak a 34-26 victory against the travelling Bobcats, in what was their only win of the season. The Conquerors will be hoping to repeat this on Sunday, as they look to end their losing streak and finally get a win on the board.

It will be three weeks since the Conquerors will have last stepped over that white line, when they play this weekend - their return fixture against Swindon was postponed due to a lack of officials. It was another tough loss for Hastings in that first matchup against Swindon, on what was a boiling Sunday.

HC Steve Cox has been using this break effectively, sharing: “It’s allowed the team to get some extra practice in, where we’ve focused on shoring up the defence and we’re hoping to put in an improved performance.”

Bournemouth meanwhile come into this one on the back of three straight defeats, albeit nearly getting the win a few weeks back against the undefeated Dreadnoughts, and will be expecting to get back to winning ways on Sunday.

They have the opportunity to get wins in their final two games and finish the season on a high at 4-4. It was a tough defeat last time out for the Bobcats, but there were some positives, such as rookie CB James Leeland making an athletic interception to hold the Cheetahs’ offence off that bit longer and WR Nacho Mancera Moreno making some great catches on the day. 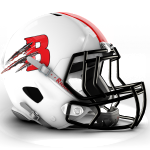 I can’t see past Bournemouth on Sunday and expect them to get the win.