Game of the Week | BUCS Division One Week Three: Southampton vs Cardiff

The schedule’s keeping it simple this weekend, with a nice spread of fixtures across all six conferences - only the 1A Yorkshire/Lancashire double-dipping as the UCLan Rams bring the second fixture against the Fury a few weeks up the schedule.

Both teams will be feeling good after nice wins in Week Two.

For the Mustangs, their big win over Glasgow will have been a nice confidence boost after a shaky start to their season in a narrow loss to Hull. They headed north of the wall and bested the Tigers on their own turf, conceding only a single field goal while posting up a very healthy 40+ points of their own.

However, it looks as though they’ll face a very differently built Scottish side this weekend as the defending 1A North champs started their own season in Week Two, with a standout performance from their defence.

Locked up all the way to the fourth quarter, the Knights broke the deadlock and kept their shut-out streak versus the Sharks going strong!

These teams split their wins when they met last season, with the Mustangs getting the better of the Knights in the most recent meeting… Can they turn it into a win streak?

With two have them having rather strong links to the Knights, we polled six of our eight BUCS correspondents…

They’re certainly coming in as hot favourites, but the Knights couldn’t quite snag themselves a unanimous verdict! The Rams are riding high after their big win over the Tyrants, and so come into their third-straight fixture with great momentum.

In a change to the original schedule, they’ve shifted forwards their second meeting of the year against the LJMU Fury, the two teams having already met back in Week One, when the Fury came up just short in a 32-38 shootout!

With only a two week turnaround, can the Fury find the spark necessary to flip the fixture? The Rams are notoriously tough to best on their home turf…

Another team narrowly missing out on a unanimous pick as one of our eight thinks the Fury’s day one loss will have angered them enough to win out in this second clash! 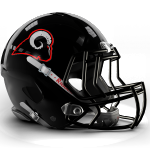 Two teams disappointed with their 0-1 starts to the season and hoping to get things back on track, the Tyrants host their first home game since their return to the middle, taking on familiar faces the Sheffield Sabres.

Despite a feisty 2017/18 campaign that saw them, controversially, crowned 1A Yorkshire champs last season, the Sabres came up short against local rivals, Hallam, in Week One.

Manchester meanwhile couldn’t keep pace with the Rams, and in a notoriously competitive conference will be oh-so-aware that if they don’t find their form, and fast, they could continue their yo-yo experience of the last two seasons, bouncing between the middle and bottom tiers of the University game!

Ooph! It seems our team feel the Tyrants are yet to earn back their Div One credentials, as only one of the team opts for the hosts here. Two teams that, while 0-1 on the season so far, have still managed to turn some heads with surprisingly tight scorelines against teams commonly thought of as promotion contenders!

The Longhorns kicked off their campaign with a narrow loss to Loughborough in Week One, while the Jets made many-a-fan of University football do a double-take when they lead for the majority of their fixture versus the Power-Ranked NTU Renegades.

Though they’ll be disappointed with the losses, expect both sides to take a lot of positives away from their openers and still very much consider themselves contenders in this conference.

As such, this only makes the clashes between them even more important if either outfit intends to be contesting a playoff berth this season!

And the Jets just about edge the tally, five to three!

Expect a hard-fought fixture between a tough Longhorns outfit, and a dynamic and dangerous Jets offence.

Game of the Week | BUCS Division One Week Three: Southampton vs Cardiff

There seem to be a surprising number of these back-to-back contests on the schedule this year… And we’re not sure we’re fans of them!

Brunel made short work of the Panthers when the two sides met in Week Two, and so it’s going to be a helluva ask for the recently promoted Panthers to turn things around in just six days.

The Panthers lost a lot of leadership in the offseason - will a week have been enough time for the team to get their confidence back?

The plucky Panthers do pick up the one nod to stop this being a whitewash, but all-in-all our team think it’s too much to ask for a team to turn around a near-40-point deficit in only a week. Still, great opportunity for these cats to impress as underdogs. Last year we asked the Chargers to prove their D1 creds, which they did ably in Week Two when they bested a relegation-bound Cambridge Pythons 26-0.

This year, we’ll be looking for the same from the newly-promoted Vipers, who earned promotion out of the now re-jigged 2A South East last season, but had a pretty abrupt end to their campaign when they were bested 12-40 in the postseason by a KCL Regents side that are still playing D2 football. Still, the Vipers found a way to put up points in the Pirates in Week One so the next target for them will certainly be a first middle-tier notch in the W column.

Don’t expect the Chargers to be any kind of pushover though - they actually lead for much of their fixture against the Power Ranked Kent Falcons last week, and with the Immortals looking pretty lifeless this year, these two teams will know that there’s a fairly good chance it’ll come down to a battle between the two of them for possible playoff berth this season.

When these two met back in 16/17, the Chargers edged the game 12-6 over a rookie Vipers outfit.

We’ve got a 4-4 split, and in truth I can see where the team are coming from - we know very little about each of these outfits other than they’re currently off-the-pace of the conference-favourit Pirates and Falcons.

Still, it’s down to me to split the tie, so I’ll stick to what I said last season: QMBL are a true Division One side when they prove themselves worthy of it with a win. In the meantime the Chargers hold the edge in this one.