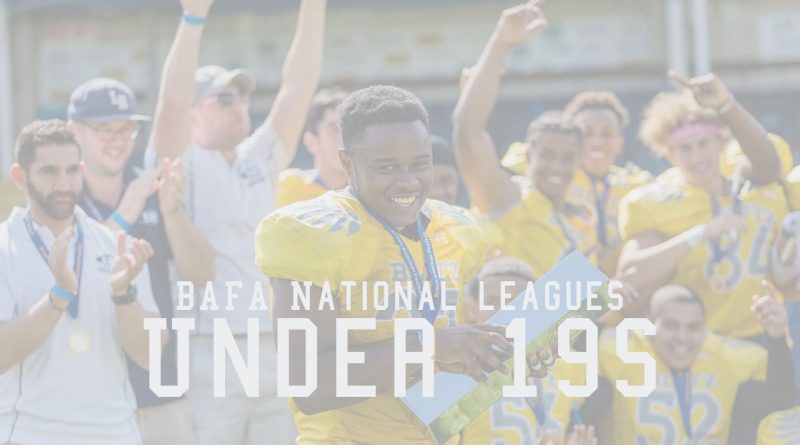 Only two matchups this week, but both have absolutely huge implications in the playoff stakes!

To start off the weekend, the Hertfordshire Cheetahs face the London Warriors in a crucial matchup which will could have important ramifications on which of them makes it to the National semi-final!

The Cheetahs enter the game as the favourites, due to their better record and a victory over the Solent Seahawks – a victory that the Warriors were unable to replicate. The Cheetahs have had an historic year, with Head Coach Alex Halms describing this squad as “the best Cheetahs team ever. At any age range, at any level”. They have backed this up too, going 4-1 with their only loss coming to the reigning National champions, the London Blitz.

The Cheetah’s offence has put up 33 points per game on average, marking them out as a real threat. This has come thanks to a beautifully balanced run and pass game, with RB Jack Stodel providing a key part to both, thanks to quick feet and strong hands. The foundation of this strength comes from a supremely talented line, which Coach Halms pointed out as an area of strength thanks not only to their size needed, but also great athleticism and skill.

The Cheetahs’ defence, meanwhile, has been the picture of consistency and fundamental football. The team has conceded a mere 20 points all season, and with leader Patryk Cwiertnia at linebacker, they are bound to be tough to break down.

They will be tested by this young Warriors team, however, who have extremely talented individuals on both sides of the ball.

The Warriors will be without starting QB Matthew John, who is out of the country for this key fixture. However, the life is his replacement is bound to be eased enormously by star receiver Issa Aluko. Aluko, who also represents Great Britain’s under 19s programme, has shown great speed and route running ability, which has caused huge problems for opposition DBs. Moreover, London could rely more heavily on the run game with Johns missing, which will allow Jaymyn Haddad to shine in an increased role.

This match should be fascinating. If Herts win they will cement their place as the no. 2 seed and a rematch with the Blitz. Meanwhile, if the Warriors win they could force a three way tie at 4-2, with no clear head-to-head advantage forcing whoever has conceded the fewest points through to the postseason. We eagerly await the results of this fixture!

On Sunday the 4-1 East Kilbride Pirates play the deceptively strong 2-2 Chester Romans in what is the last regular season game for both sides in the Division One North. In what is undoubtedly the key remaining matchup in the North, the Pirates will look to secure second place and a play-off berth, while (as per our If The Season Ended Today article) a Romans win could present the possibility of a three-way tie behind the unbeaten Manchester Titans.

The Pirates returned strongly to the form that has made them a junior football stalwart in recent years, with a strong 28-18 win over their fellow Scots the Highland Wildcats. Despite the win, however, the Pirates did fall behind early which is something Coach Davies will want to avoid when facing up against the stout Romans defense which has only given up 8.5 ppg this season. The Pirates will look to special teams – a phase of the game that they have historically prided themselves on – to spark a full four-quarters of dominant ball.

A rock for the Pirates has undoubtedly been their impressive run game which has provided the team a strong offensive foundation to build off of, enabling them to control both their opponents and equally the clock. Running backs Rory Hutton and Jack Cochrane have formed a violent one-two punch for EKP and will be desperate to get going early on Sunday. These two, combined with signs of added consistency through the air (by way of the Scott McKigen to Struan Bailey connection), will give the Pirates confidence that they can produce the sort of balanced offensive performance required to lead them through the Romans and into the post-season.

The Pirates however, despite being the favourites, must remain aware of the scoring potential of the Romans and the threat that they pose on both sides of the ball. Having previously put 48 points on the Caesars, the Romans have demonstrated the ability to score quick and fast, while also having played long periods of suffocating defense.

Throughout the season the Romans have again and again demonstrated incredible adaptability in the face of injuries. Quarterback Sam White has lead the team to two wins as many games since moving from running back, while Liam Coxon underwent the more familiar transition from wide receiver to running back. In spite of these changes, the Romans have scored against every opponent they’ve faced, thanks in large part to the chemistry of their offensive line, in addition to a developing young receiving corps.

Defensively, it would be impossible to look much further than the linebacker position. Both Samir Patel and Rhys Ellis have put in stellar seasons playing fast, instinctual, down-hill football and it is these two who will likely be key to containing Cochrane and Hutton’s ability to turn the corner and take it the distance in the ground game.

Critically, however, the Romans will harness the quiet confidence that almost saw them get a result against the Titans, and the Pirates will have to be incredibly wary of the underdog mentality that Chester very comfortably carry into Sunday.