Week 7 is in the books, and we cast our eyes over the action of another busy weekend that saw another seven shutouts, five teams score 50+ points and a forfeiture! Standard Britball… 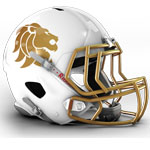 Huge wins for last year’s Britbowl finalists, as Tamworth shook off the disappointment of another NEFL loss as they thumped Merseyside 63-13 on the road. Meanwhile in the South, the Blitz dumped a burger on the Apache, routing the visitors 53-9. Biggest beat down of the day however goes to the Portsmouth Dreadnoughts for their 64-0 shellacking of Hastings. In fact, all but six games across the Adult National Leagues were seemingly one-sided affairs. For a long time, the Cardinals were the butt of the joke (when the joke wasn’t about Maidstone, at least). And whilst they continue the slow build, the Ipswich outfit have already doubled last season’s win total, have already scored over half their 2017 points tally and – with the help of East Essex Sabres – have made an early claim for Game of the Year with their 48-54 road shootout win yesterday! The Thrashers have flown a little under the radar this season, quietly moving to 3-0 without much fanfare despite putting 50 on the Apache a week ago. A 25-13 win over Oxford yesterday sees Solent remain at the top of the SFC1 Central, with a home game against the upstarts of the conference – Berkshire Renegades – this coming weekend.