If you missed our preseason Power Rankings (that were released a little late) you can go check them out to see just how far off the mark our pollsters were coming into the year!

The tier with most teams to compete for just ten spots, it’s expected we’re gonna see some big shifts week-in-week-out in the Division Two rankings.
And as the dust settles from Week One, we’ve certainly seen some preseason favourite’s take a sharp exit out of the top ten…
With such short seasons for some teams in the bottom tier, will they even get a chance to climb back up?

Coventry Jets - snuck into the preseason rankings at tenth, but yet to kick off their campaign. Look for them this weekend against expected-promotion contenders, the NTU Renegades

Glasgow Tigers - Ninth in the preseason rankings, but a disappointing loss against newly-promoted Newcastle dropped them out of contention.

Sheffield Sabres - The Sabres simply weren’t sharp enough in Week One, losing out to local rivals, Hallam. They drop out of the rankings having sat at seventh in the preseason.

Kingston Cougars - A surprise loss for the Cougars against the Knights sees them fall from sixth - and suddenly the 1A South is looking like a much more open race!

Bath Killer Bees - And the biggest shift from the preseason Power Rankings, most of our pollsters seemed to have simply forgotten about the Bees after the excitement of Week One! They kick off their campaign this weekend hosting the Exeter Demons

The Newcastle Raiders and Reading Knights both impressed in Week One with unexpected wins. Both now find themselves right on the cusp of a rankings spot, though they’ll likely each have a wait on their hands - the Knights not in action again until Week Four, and the Raiders an extra week of waiting on top of that!

Snubbed in the preseason Power Rankings, the Burners opened their year with a nice 20-8 win over the Stingers. They’ll only just missed out on the conference crown last year, and with Kingston stumbling at the first hurdle, many will now look to the London side as favourites for this conference.

They face the newly-promoted Panthers this weekend. 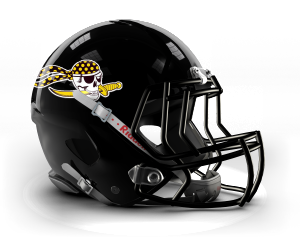 Similarly to the Burners, we were surprised the Pirates weren’t picked up in the preseason rankings following a strong 2017/18 campaign.

Still, a Week One win over the Vipers, including a healthy 39 points of offence, shifts the East Anglian outfit into the top ten.

The Pirates sail to the Immortals on Sunday, with Imperial battered and bruised following off a crushing defeat against the Falcons. 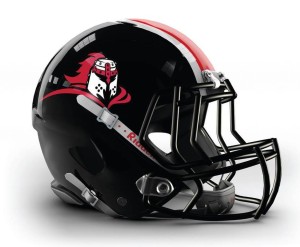 The Knights edged just ahead of the pack in the Preseason Power Rankings, earning themselves a lofty #2 spot. However, a Week One stacked with big scorelines has seen them settle into eighth.

They kick off their season on Sunday versus the Hull Sharks, who split the top of the conference with the Knights last year at five wins and three losses.

Two favourites for the top spot in the 1A North, the first clash between these two will be our Division One Game of the Week! 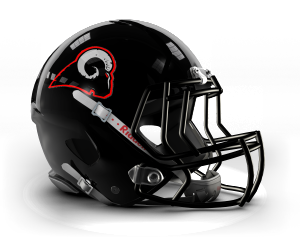 Despite winning in Week One, the Rams slip a couple spots into seventh. They outpaced a feisty looking LJMU Fury for a 32-38 victory and it’s looks like this year the 1A Yorkshire/Lancashire will be just as competitive as we’ve gotten used to.

The Rams host familiar faces, the Tyrants, this weekend - Manchester bounced right back up from relegation two seasons ago and will be looking to make a statement in their season opener. 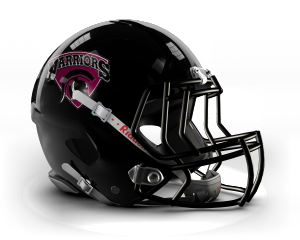 Disappointed with their 2017/18 campaign, the Warriors got their winter off to a perfect start with a nice win over local rivals, the Sabres.

However, Hallam’ll will have to hope results go their way over the next few weeks to stay ranked - we won’t see them again until Week Four against the Tyrants and this format of rankings is ever tempestuous! An opening weekend win for the Sharks has them leaping right up into the #5 spot!

They outpaced and outlasted the Mustangs in a shootout that saw the teams put up a combined 70 points of offence!

We’ll get to know them a bit better in our Week Two Game of the Week for Division One as they travel to a Napier Knights outfit that shut them out on both meetings between the two teams last season! 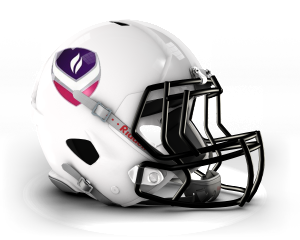 The preseason rankings saw them head and shoulders above all others in the tier, but a less-emphatic-than-expected win over the Longhorns sees Loughborough slide from first to fourth.

A relegation hangover? A slow start to the season? Or are the Longhorns sharper than expected? Our highest-ranked debut outfit, the Cobras crash into the rankings at the #3 spot after bullying the Blitz in Week One.

The Welsh side made short work of Plymouth with a statement 41-0 performance - an outstanding first day in all phases of the game jumps them right up the ranks despite barely being mentioned in the preseason conversation!

We’ll see them next in Week Three versus the newly-promoted Southampton Stags. 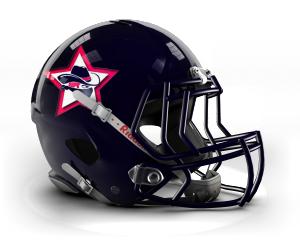 With Loughborough no longer looking untouchable, the Renegades rise into the number two spot!

They completely shut down the Wolves in Week One and while we might have looked for a few more points from the offence, the pink powerhouse appear to have shifted into the position of favourites for the Midlands crown.

They’ll host the Coventry Jets this weekend, a team that are coming into the middle tier with great momentum at their backs.

And the biggest climb up the rankings this week belongs to the team with the biggest scoreline!

The Falcons flew right past Imperial College in Week One, posting up a 78-0 scoreline.

Having gone undefeated during their regular season last year, it looks like Kent have no intention of loosening their grip on the 1A South East.