With conference crown contenders beginning to emerge across the board as we hit the break, were any new outfits able to wrestle their way into the top ten at the final time of asking for 2018?

York Centurions - Well, this seems particularly harsh from our pollsters this week, as the undefeated York Centurions find themselves the odd-team out following Week Six! A combination of no action since Week Four and only modest victories through their undefeated first half of the season means our pollsters let the Centurions slip out of the top ten. Still, they’ll have no better opportunity to bounce back than when they host the similarly undefeated Predators right out of the break!

The UCL Emperors are suddenly turning heads after they shutdown the Sussex Saxons on Sunday! The supposed three-horse race at the top of the 2A South has suddenly expanded, and if they can continue this strong form in the new year things could be -very- interesting in this conference this season!

Even though they weren’t in action at the weekend, their Week Six fixture versus City now needing to be rescheduled for the new year, the Regents re-appear in the Power Rankings this week perhaps thanks to results elsewhere?

The Saxons’ surprise loss to UCL means the Regents currently reign unchallenged atop the 1A South going into the break, and with their missed fixture already rescheduled for Rain Week we expect the Regents to come out of the break fast, looking to lock away a conference title as swiftly as possible in 2019.

They may not look like they’re going to displace the Leeds Gryphons from the top of the 1A North any time soon, but the Raptors are still impressing so far this season as they moved to three straight wins with a shutout victory over the Bombers in Week Six.

Playoffs surely beckon if they can play to form in the new year, with fixtures against the currently winless Aber and 1-1 Bears looking like games Liverpool should be favourites to win.

8. Staffordshire Stallions ( Up One )

The Stallions saw no action in Week Six, but following will still carry great momentum with them into the midseason break courtesy of their two big wins.

With the scorelines they’re putting up, it’s very possible they’re actually the best team in this conference, but their Week Three loss means a crown is out of their reach unless the Eagles slip up.

They host the Chester Legion first up in the new year.

With the one fixture in the 2A South East postponed due to weather, the Blades slip a spot.

They’re back into action right out of the break, travelling to UEL in Rain Week, and expected to put up another confident win, before their crucial clash against Cambridge in Week Nine.

A walkover wouldn’t have been the way the Bobcats wanted to move to 3-0, but they’ll not say no to the freebie as the Gladiators hit hard times, forced to forfeit the Week Six fixture.

Despite their late start to the season, Bournemouth have impressed in what we’ve seen of them and can truly confirm their status as contenders if they are able to best the Barracuda when the two undefeated outfits go toe-to-toe in Week Eight.

The Eagles hold firm in fifth and in all likelihood only need to play to form in order to win promotion and the 2A Midlands title.

They’ve got what most would argue is the softer half of their schedule in the new year, but will need to be careful not to come into any games complacent. 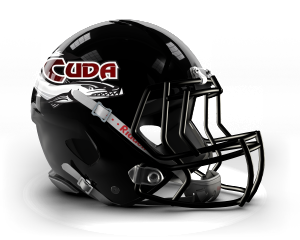 Cuda hold in fourth, following no game in Week Six. They’re one of three teams in the 2A South West that’ll hit the break undefeated, but sooner or later somethings got to give! 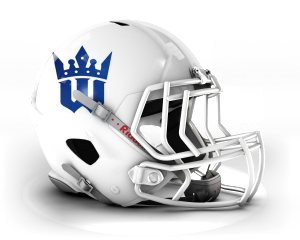 Though the Royals marched out to an early lead over the Redhawks, it was far from the offensive showcase we’ve come to expect from Worcester, and as such Solent were able to find their way back into the game during the second half - eventually coming up only a score short.

The wobble from Worcester is enough to drop them into third and with their next fixture not until Week Ten? It could be a tough task for the Royals to maintain a podium position unless results go their way.

No game, but the Preds rise up into the second spot after the Royals failed to impress in the south.

They’re undefeated and have only conceded a single score so far this season, but the truth is we haven’t actually had much chance to see a lot from the Preds, through only two games played.

They return to action in Rain Week against the Jaguars, before two potential trap-games against the Centurions and Cougars to round out their campaign.

Although they just barely clung on to their #1 ranking last week, this week it was a far more resounding result as the Gryphons put in their biggest performance of the season so far, a dominant 65-0 win over Aberystwyth.

Putting up points in all three phases of the game, Leeds will head to midseason brimming with confidence and full of festive cheer - especially considering the latter half of their season currently consists of three teams with one win between them.