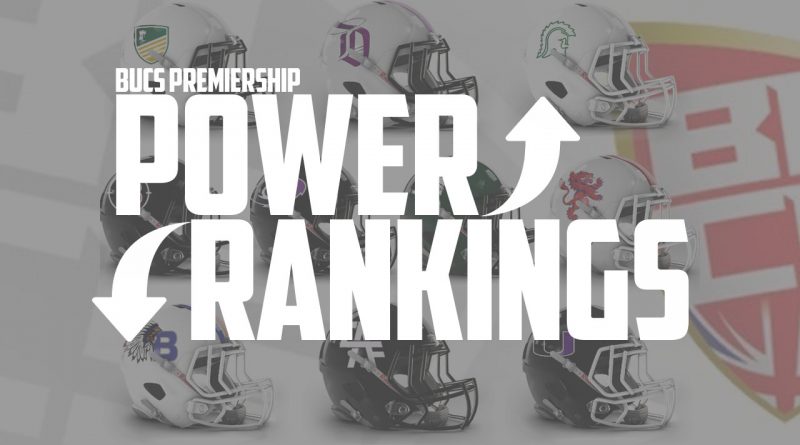 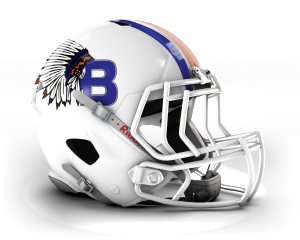 The Braves head into the break with a lot of building to do if they want to get back in contention in the top tier.

It’s worth remembering they came back from an 0-4 start to contest the National Title last season, but back then they were losing games by a single score or less - this year they’ve simply looked well off the pace of the other programmes. 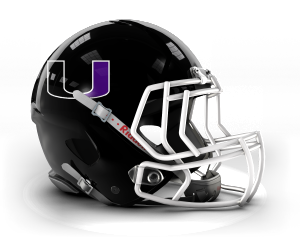 A heavy loss to Herts moves the Destroyers to 0-5, though at least they did put up some points of their own at the weekend.

They’re now two games behind their nearest rivals, meaning they’re new year opener at Birmingham is an absolute must-win. A loss in Week Eight seals the deal on relegation for the Destroyers with two games to spare.

The Lions’ slump in form continues as they suffered their third loss on the trot this past Sunday.

The offence in particular seems to have struggled in its last two outings, struggling to move the ball against the Bullets and ultimately resulting in the departure of Offensive Coordinator Andrew Morgan on the Monday following their Week Six fixture. Their impressively tight win over the Saints has been followed by back-to-back losses, and so Stirling slide into the lower half of the rankings once again.

They’ll return from the break to take on Derby in both Week Eight and Ten - perhaps their best opportunity to build back some momentum? The ‘Canes made short work of the Destroyers on Sunday and are looking much more like the Prem South title contenders we expected them to be coming into this campaign!

Still, they’ll need to come out of the gates fast following the break, as they take on the Bullets for a second time, hoping to overturn the one-score loss they suffered in Week Three. UWE rise to their highest ranking so far as they put in an impressive defensive showing against the visiting Birmingham Lions on Sunday.

The Bullets reportedly allowed just a single Birmingham first down through the first three quarters, though it’s worth noting their offence didn’t keep pace with the Hurricanes’ victory over the Lions the week before, and thus we’re somewhat surprised to see the Bullets shoot higher up the rankings than Herts.

We’ll see whether they’re worthy when the two teams meet right out of the break, squaring off in Week Eight. Swansea sit undefeated atop the Premiership South, but wins elsewhere see them slip into fourth in the rankings and says a lot about the perceived relative strength between the two conferences in the top tier!

They travel to a hot-looking Hertfordshire Hurricanes in Week Nine, kicking off a crammed second half of their schedule - four straight fixtures building up to playoff football (which, bar any BUCS points deductions, the Titans are already locked into!) Following a second-straight loss, the Saints slip back into third place in the rankings.

They may be only 2-2 going into the break, but only a fool would discount a Durham comeback through the second half of the season - their two losses have come by 3 and 2 points to the Clansmen and Nottingham respectively, and less than ten seconds of football essentially stands between the Saints’ current situation of going into the break midtable, compared to standing tall in their familiar spot atop the Prem North.

Another impressive win over the Clan sees Carnegie return to the #2 spot in the rankings!

Despite two outstanding performances coming into the game, the Stirling defence simply didn’t seem to have an answer to the Leeds dynamic offence through the first half, allowing the Yorkshiremen to open up a significant lead they wouldn’t relinquish.

Leeds return from the holidays to back-to-back fixtures against a Durham Saints side that made short work of them when the two teams last met - a 36 point shutout in favour of the Saints back in Week Eight of 2017/18. Ooo-ee! A last-seconds score seals the deal on an undefeated first half of debut campaign in the top tier, but Notts are becoming rather too familiar with narrow victories since joining the top tier - three of their four wins now coming by a score-or-less!

As such, they’ll enter the break impressively undefeated, but likely feeling far from secure upon their pedestal.

They take on the Saints for a second time when they return in Week Eight - will we see another nailbiting showdown between two top quality Uniball teams?