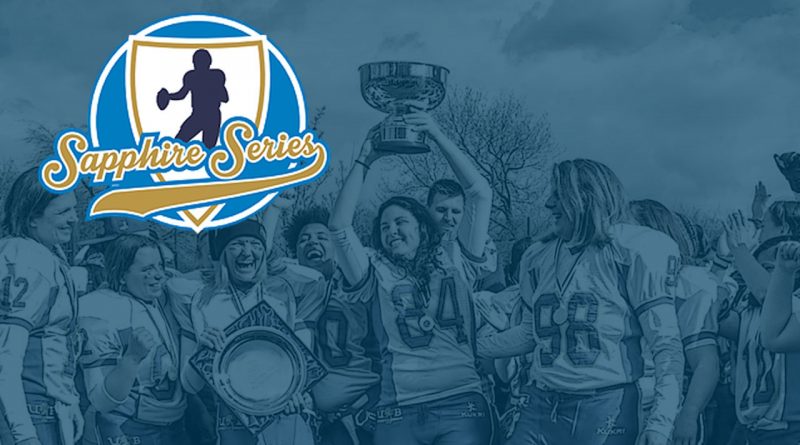 Disappointing news early in the week when we learned that neither the East Kilbride Pirates nor London Warriors would be able to attend the final tourney to play for ranking, meaning six sides descended on West Park Rugby Club, Leeds, to play for ranking, for pride, and for the Women’s full contact National Championship!

A hard-fought semi final saw the Leeds Chargers emerge victorious over the Hertfordshire Tornadoes at the third time of trying this year. The battleworn Herts defence, with a number of players ironwomanning both sides of the ball, couldn’t contain Chargers’ running back, CJ Harrison, who bust a number of big plays to the outside to give the Chargers a lead that Herts offence couldn’t quite chase down.

This pitted the host team against the mighty Birmingham Lions in the final, who having opened with a convincing win against the Manchester Titans, were looking to hoist their fourth straight National title! The Lions had put in a dominant showing against Manchester, able to rotate heavily through the semi final, meaning their starters were fresh and raring to go!

Before this kicked off however, we saw Derby and Edinburgh go head to head, battling for the fifth place national ranking.
It wasn’t the first time the two teams had met, with the Braves emerging comfortable victors when the two sides clashed in Sapphire Round Two, but Edinburgh have been showing steady improvement as the series has progressed, including fighting the Manchester Titans to a standstill in Sapphire three.

Following a rousing speech from their  Coach, the Wolves were in great spirits coming into the game, and when a strip-fumble-for six gave them a lead going into the half, the Braves were unable to fight back into it – Edinburgh emerging ecstatic 20 to 14 victors!

On the second pitch, despite an scare as the Manchester Titans took an early lead, the Tornadoes took the third place National Ranking thanks to the outstanding balling Becky Martin – who ironwomanned her way through the game, making huge plays on both sides of the ball to essentially post up almost all of Herts’ 40 points in their 40 to 20 victory.

Thanks to Herts’ injury-depleted roster Martin played both sides of the ball through much of the fixture, putting up 30 points of offence while also putting in a number of sacks and big tackles against the Titans. The performance was so outstanding that it earned the Tornadoes Defensive lineman overall MVP honours for Sapphire Division One from the assembled Head Coaches.

This left us with just the final to play out, and as the other teams gathered round to provide a great atmosphere for the big game, the Birmingham Lions put on a clinic of quality balling – GB Lions vets such as Jo Kilby, Ruth Matta and Hannah Pye showing why they’re the heart of the National Team as they drove the Lions offence to repeated scoring drives right out the gate.

The Lions D did a great job of containing Harrison, and the first few Chargers drives were snuffed out, before the host side salvaged some pride with a catch in the corner of the endzone.

Lions earned their fourth straight National Championship with a convincing 56-6 victory to round out what was a beautiful sun-drenched day in Leeds, with a great atmosphere that the rest of the Britball Nation could really learn something from!