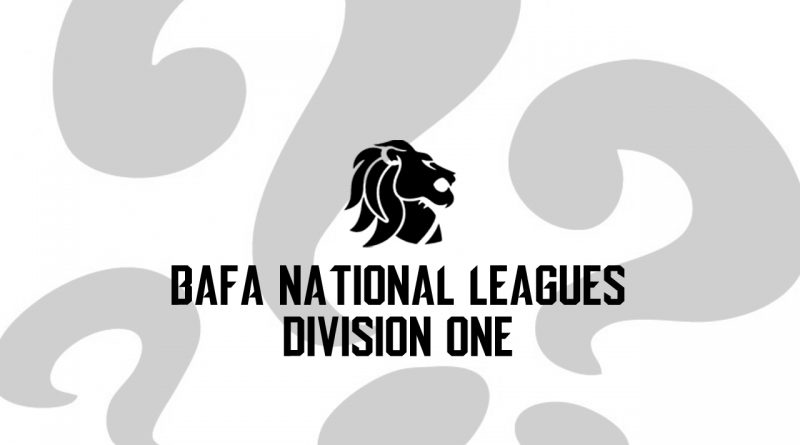 Another week of key battles across the second tier! Although Solent have secured the SFC1 Central crown with games to spare, their opponents Berkshire Renegades are still in the hunt for the #2 seed in the conference…

Northumberland remain unbeaten, and look comfortable doing so, easing to a 0-27 victory away to the Yorkshire Rams, just a couple of weeks after the two teams duked it out in a 34-28 thriller. With the Vikings needing to slip up twice in their remaining fixtures to lose their grasp on the conference crown, it’s now hard to see where they’ll do that considering the competition they have in front of them.

That competition starts with the Leeds Bobcats, currently 0-6 after their 20-28 defeat to fellow strugglers, the Gateshead Senators. Whilst the defeat did yield some positives, such as the highest amount of points put up by the Yorkshiremen this year, it also effectively put a nail in the coffin of their Division One campaign. The Senators now have two wins and a tie, which will be really hard to overcome for the Bobcats, considering they play the Vikings twice and Yorkshire as three of their remaining four games. 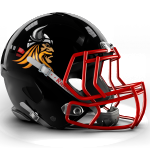 The Vikings have the stingiest defence in the conference but they’re only joint third in points scored, though they have played less games than every other team. They have to use those games to convince that they’ll be a threat deep into the playoffs. And they can start right now. Northumberland Vikings to win.

A quick turnaround for these two as the Scotsmen welcome the Lancashiremen north of the wall a week after they themselves crossed the border and travelled down to Preston.

That didn’t go well for the Tigers, succumbing to the Wolverines 37-0. Lancashire have got things going after a rocky start, winning five on the bounce after an opening game tie against Gateshead and a one point loss to Northumberland.

Despite brushing past all else in their way and putting up points for fun, the Lancashiremen now have to rely on others to do a job for them if they retain any hopes of taking home the conference title. They face Northumberland on August 12th as their final game in the regular season but, due to their tied game with the Senators, they need the unbeaten Vikings to slip up themselves before then.

But back to the here and now. The Wolverines welcomed yet another Chorley Buccaneers graduate to the ranks as linebacker Alex Garcia transferred in from the Sheffield Giants after returning home from university and he immediately got amongst the fun last weekend. The Tigers had no answer to the Wolverines’ high octane offence and shutdown defence, and despite this game potentially being harder for the Lancashiremen with the long travel north, expect much of the same here. Another win and another shutout predicted. Lancashire Wolverines to win.

Leicester Falcons had their worst result of the year last week. They managed a meagre 1 point versus the winless Jets. In a game that was due to be a whitewash turned out to be more of a white flag.

It’s not like the Falcons have been inactive however, working frantically ahead of the deadline to lock up signings of last year’s star wideout Kyren Watts, and NTU’s OL, Anthony Black from GFL1.

The coaches in Shropshire will be telling their players to have short memories. Firstly, they won 48-7 in their last game and they don’t want them grounded as they head into the latter part of the season… but also because they got steamrolled by the Falcons to the tune of 46-0 last time the two sides met. This is all one way traffic. Leicester 100%! But can they put up their first burger of the year? Chow down Shropshire! I think so.

Sandwell properly took apart the Caesars when they last met, putting up a fifty burger and only conceding a field goal. Still in the hunt for the conference crown, their success lays elsewhere due to a mishap with their medical cover last week. Allegedly Doncaster have said they want to play, but no official rearrangement has been publicised, and the walkover for Mustangs would secure their position in Division Two.

(Ed. Doncaster were unable to rearrange due to player availability. BAFA have ruled in favour of a 0-0 tie following evidence provided by Sandwell, whose playoff eligibility remains intact.)

The Caesars haven’t looked capable of truly contending in the NFC1 South this year. They put a decent score up on Coventry, but on the whole they’ve been pretty poor. Rumblings of a makeshift offensive line leaves concern for the Caesars who have struggled to move the chains at the best of times. With players on both squads likely being “dehydrated” after the soccer on Saturday, rotation will be key in the blistering heat. As long as the ambulance turns up, there will be #BurgeryFire in Tipton. Sandwell win.

Berkshire have seen a decline in their performance since they started the season strongly. They were able to get a 22-8 win in their last outing. This would be a healthy outcome against any other team in the conference, but against a team who had conceded an average of 47.8 papg going in to the game, Berkshire shouldn’t be ecstatic with the result. This weekend they face a team who have conceded an average 9 papg. Berkshire did have their best performances of the year when they were at home, so perhaps this weekend back on their home turf they can put in an above average performance. Something they’ll need to do as they face stiffer competition this time around.

The first conference crown of the 2018 season has been awarded and it is Steve Rains and the Thrashers who have claimed that honour. Another close and low scoring game against the Thunder was their last outing. Retaking the lead in the last few minutes of the fourth quarter they were then able to hold on for the victory. With home-field advantage sown up for the first round of playoffs this could be an opportunity to start resting some starters and get the depth on the field against an opponent that they beat by three scores last time out.

The Renegades have already secured their place in Div 1 for next year and the Thrashers have won the conference. Berkshire need this win if they want to stay in the hunt for a post season berth and the Thrashers can lose nothing but an enviable “perfect season”. In football it often comes down to who wants it more, and Berkshire definitely have more to play for. Unfortunately for them a lot of it also comes down to skill and I’d bet on Solent holding the edge on that one. If you can find a bookie to take the bet, stick some cash down on Solent to walk away victorious.

Well, here we are again. It’s the Kent derby for the final time this season. Now I could hype this one up like anyone else would, but its already been said, we all know who is going to win. Let’s get to it and see how both sides have been doing since their last meeting.

The East Kent Mavericks have been doing as well as you have thought since we last saw them face the Kent Exiles, they have surprised me however. Due to The Colchester Gladiators suffering a significant losses early on in the season, they have not been performing to their highest potential. The Mavericks impressed me last week with a very close score as they took advantage of the Gladiators while they were down, brownie points from Stewart. The Gladiators still being the stronger side knew what they were doing and came out on top.

What have the Kent Exiles been doing you ask? The opposite of the Mavericks, winning… most of the time, despite a loss to the Stallions last week. They weren’t even nail-biters, they’ve blown teams out of the water. 28-6 against the Colchester Gladiators and of course a humiliating 48-0 against the Mavericks. As I have said many times before this season, the Exiles know what they’re doing. With a fantastic performance throughout the season, they have been putting in the work and doing their bit, even if the UK has suffered a heatwave these past few weeks. Whether it’s the sheer size of their egos or they are playing exceptionally well and know what they’re doing, it’s working. I want some! With all this being said you know what my decision is. Kent Exiles to win.

Here we go again, a game I’ve been waiting to predict, the newcomers Wembley Stallions face the Colchester Gladiators.

The Stallions will hit hard, after win against the Kent Exiles last week I’m shocked and impressed, solid A+ for effort. After a challenging win, I’m sure this will be a walk in the park for the Stallions. Regardless of the player, looking at the stats, the Stallions seem to have been able to capitalise their run game throughout the season. As a HB myself, it’s what I like to see. We’ll just have to see if the Gladiators have been keeping a keen eye on them throughout their season. With this all being said, let’s look at the prediction. 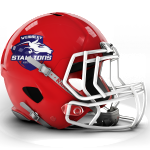 It’s a tough one to look at as a lot of different factors go for and against either team, but I have made my decision. With the Gladiators’ losses this season affecting them so much and the Stallions win last week, I will have to side with the Stallions, let’s hope it wasn’t a one-off. Wembley Stallions to win.