With the reigning National Champions in NEFL action once again, attention turns to the ‘other’ teams in the North. Can EKP stop the slide against the Wolves? Will the Titans continue their pursuit of the ‘Nix when they travel to Merseyside?

In the South, the Blitz and Warriors look to continue their annual march toward their conference deciding match-ups when facing the Aztecs and Olympians respectively.

This has not been the start to the season that EKP would have wanted, a second straight offensive dud has left them fifth in the division with the threat of relegation looming overhead.

“We started competitively but couldn’t sustain the performance over 60 minutes,” said HC Jamie McLaughlin, “Offensively we lacked the consistency needed to move the ball against a great tackling team like Manchester.”

The Pirates need to find a way to get their offence firing again. They appeared to effectively move the ball when they last faced the Wolves in week four, narrowly losing 27-26.

While McLaughlin is hoping for a great game, he will look to QB Neil Baptie, a versatile backfield and a talented receiver core featuring James Lightbody, as they set out to get revenge on their biggest rivals and claim their first victory of the season.

The Wolves enter this week on the back of a rather one-sided defeat against the Phoenix, 55-6, and a narrow loss against the Titans in week six, 16-14. Their last win came against the Pirates in week four, toppling them for the first time in 22 years, they’ll look to do it again this week as they attempt to bounce back.

Despite the hammering George Fell hauled in the Wolves solo touchdown of the game, Ryan Doherty had a spectacular one-handed interception and Rachel Moody proved her resilience playing in the Diamond League and against Tamworth.

“The guys didn’t give up. We kept fighting until the end. We just didn’t have the depth on the day due to call offs.

“This game is huge for us, the local rivalry and the bragging rights. The team will be ready. We should be getting key players back from injury to strengthen the squad. Looking to bounce back to winning form after two straight defeats,” the Wolves organisation said. 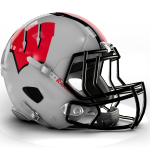 EKP need to prove they can put points on the board before they can be considered potential victors, Wolves to win.

The Nighthawks have equally struggled so far this season, a stark contrast to 2017. After three games they find themselves bottom of the North purely on points conceded.

Merseyside are a talented squad and have proved that they too can rack up points. We only need look to their previous fixture against Manchester which seemingly turned into a gunslinger’s paradise, finishing 42-31 Titans.

It appears that defence is causing the Nighthawks a substantial headache, there have been highlight individual performances, but being unable to couple that with their offensive flair and special teams has meant they have not seen games out.

“We need to be able to get off the field defensively, and to be more consistent offensively,” the Nighthawks organisation said, “We had some great drives on Sunday in Sheffield, but also had too many three and outs throughout the second half. We also need to win the turnover battle – we’re giving the ball away cheaply in poor positions at the moment.”

Alex Eager had an exemplary game, moving to RB from WR he balled out for 180 yards on 16 carries and six receptions, scoring three touchdowns. As the teams’ kicker and kick returner Alex also returned two kick-offs for 127 yards and a touchdown, as well as converting three PAT’s meaning he scored all 27 of Merseyside’s points.

“We know what Manchester are going to bring, and we’ve been working on some things to ensure that we stay competitive with them early on, and hopefully put a 1 in the win column this weekend. We know how tough it’s going to be, especially as they’ve started exceptionally well,” the Nighthawks said.

Manchester’s air raid offence was on display once again against EKP, coming away 41-0 victors and just missing out on their first 50 burger of the season.

QB Sam Bloomfield threw the ball around for fun, totalling five passing touchdowns, three of which came in the third quarter. It’s those three wide receivers once again for the Titans; Luc Kinder, James Newnes, and Adam Bamber all came away with a pair of touchdowns each. Rookie QB Alex Challens provided Newnes with his second score on a nine-yard pass late in the game.

Let’s not forget the Titans defence though, they played fiercely as they shutout the Pirates, causing numerous turnovers in the process as well as standing them up on their own two-yard line to turn over on downs and deny the score.

Manchester’s offence shows no signs of slowing as they enter week eight, paired with the Nighthawks defensive headaches could mean that Bloomfield & Co. can open up once again. The Titans need to be wary though as Merseyside are more than capable of scoring themselves, it’s not unlikely that we see another blowout style game as the clock winds down. 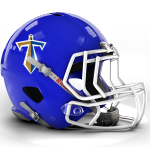 Unless Merseyside can sort out their defensive frailties Manchester will walk away victorious.

This weekend is the second leg for these two teams, after the Aztecs struggle against the Blitz in the first game this weekend they host the team in what they hope will be an exciting game if they can cause an upset. It seems the Prem South seems to be heading the way majority of the Nation would have called it, with the two big London teams taking the top spot, as per, then Aztecs a close third and the other teams all seeming to sit in similar positions.

The Aztecs need to get a win this week to stand any hope of getting the second place spot. Head Coach Chris Powles said ‘It’s not lost on us that the last game was not a great performance, we didn’t play to our standard. So we’ve watched the film, had a good couple of weeks of practice and made the adjustments needed. We are looking forward to Sunday, we’ll play it one drive at a time and look to compete like we know we can.’ This is a team that shows promise in the league and for future years with some good young talent, especially those lads that have come out of the Bristol Pride. All they need now is the results.. this weekend will make for a tough game.

The Blitz on the other hand are floating their way through the Prem South with 0 losses as of yet, of course as most are well aware their main completion, the Warriors, have yet to face the team. With a large squad and some competitive athletes the team know how to play well and know that they can dominate the majority of the teams in the Prem South. I imagine this will be in their minds as they travel on Sunday knowing that the Aztecs weren’t able to stop them the last time these two teams met. This one will probably go to the Blitz but hopefully the Aztecs can make it somewhat interesting.

The last time these two teams played there was a bit of heat on the field, with both teams getting a little shirty and the London rivalry coming out on occasion. The game itself was a good competition and the O’s tried hard to take control of the game. Unfortunately for them their scoring started too late and only in the last play of the game did they manage to get a touchdown. Still, this weekend they host the Warriors so will have the home field advantage and that may benefit them.

The Warriors on the other hand know by now that they are more than capable of stopping the O’s. After a strong win against Bury last weekend where the Warriors were able to use their depth and give some of the less frequent players more game time. The team will probably aim to use their starters in this game and judge it by the score in the later stages of the game as to whether or not they play them again. The Olympians could put up a fight but I think the Warriors will take the win.