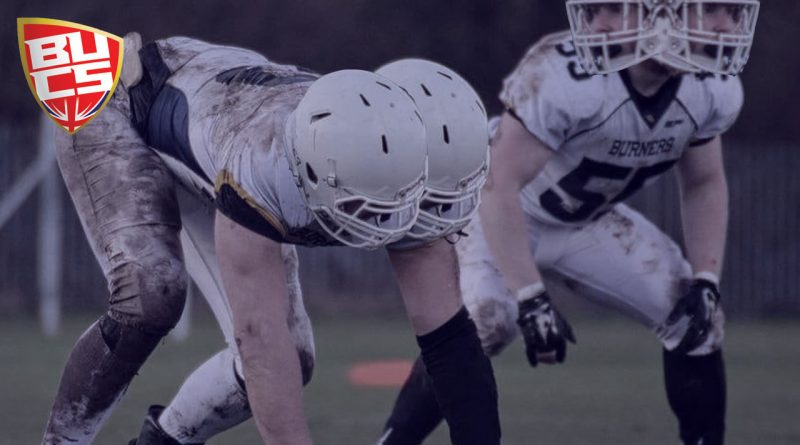 For the first time in the 2017/18 season, last weekend saw doubleheader matchups enter the Uniball fray - and with immediate impact!

Thought by some to be a thing of the past since BUCS took over the administration of the University game, doubleheaders were a worryingly frequent occurrence in the British University game under its previous iterations as BUAFL and BCAFL. With the University season played through the soggy depths of the British winter, and American Football rarely a priority sport for its host institutions? Lack of access to all-weather pitches is a common cause of postponements across all tiers of the game.

Pre-BUCS, this often resulted in teams forced to find inventive ways to complete their slate of games - such as playing both legs of a home-and-away showdown in four quarters of football, each half essentially counting as its own separate game… Or perhaps a single fixture, that’d essentially count as one win, and one walkover victory.

So, where did doubleheaders go?

Following the successful transition of British University American Football into a BUCS sport, doubleheaders became a thing of the past.

REG 12.3 Double Headers: BUCS will not recognise any matches played as double headers (one match cannot produce the result for two league fixtures or a league and cup fixture).

However, roll forward a couple of years following Britball’s merger into the BUCS structure, and doubleheaders were introduced into BUCS regulations in 2016/17 as a last resort means of completing a scheduled slate of games following ‘exceptional circumstances’.

REG 12.3    Double Headers: BUCS will not recognise any matches played as double headers (one match cannot produce the result for two league fixtures or a league and cup fixture). Teams in Tier 1 and below may request for a double header to be recognised in exceptional circumstances. Such a request must be submitted and approved by the BUCS office in advance of the fixture. Exceptional circumstances may include (but is not exclusive to) bad weather or facility availability due to unusual circumstances. Double headers between teams from the same institution will not be permitted. The last fixture of any league or competition may not be played as a double header.

What ‘exceptional circumstances’ would necessarily entail is obviously, perhaps intentionally, vague - but it’s notable there were zero instances of doubleheaders used to resolve fixtures in the 2016/17 BUCS American Football season, despite the amendment having taken effect by this point.

Indeed, there were only two instances of incompleted fixtures across the entirety of the top two tiers of Uniball last year, both of which were due to a lack of appropriate medical cover at time of kick off, and both of which ended up being awarded as involuntary walkovers.

So, they’re back then?

Fast forward to 2017/18, and last weekend we saw our first instances of BUCS-approved doubleheaders… with both their outcomes, and their format, certainly turning a few heads.

The Brunel Burners benefited with a double-shutout-victory over the Sussex Saxons, while the Glasgow Tigers suddenly found their season sent into turmoil by a doubly-damaging surprise loss to the Northumbria Mustangs.

It should be noted that the prospect of doubleheaders is mostly an area of concern only in Division One. ‘Tier One’ teams, i.e. the Premiership, cannot utilise doubleheaders, and seven of the eight Division Two conferences do not use the home-and-away format of scheduling necessary to allow for fixtures to be compressed in this way.

Opinions within the British American Football community regarding their return have been decidingly mixed. Many can understand the necessity at times for flexibility in supporting teams to complete their schedule each season, but at the same time many feel the situation is yet another example of BUCS moving the goal posts - particularly in the way the regulations have been enforced:

Rather than doubleheaders being played as two half games, or a single scoreline that counts as a win and a walkover - which in both cases would only count as a single fixture when determining aggregate scores for postseason seeding - BUCS have chosen to count the single game as two complete fixtures - the scorelines, points scored and conceded, counted twice - rewarding/punishing teams for ‘phantom’ points that have not actually been physically scored… Something we’ve not seen in Britball previously.

Why’s it being done this way?

Well, in truth… we don’t know.

It’s notable that both BAFA and the BUCS American Football Sports Advisory Group have expressed their disapproval of the way the regulations have been applied this season.

DblCoverage reached out to BUCS’ Sport Compliance, Governance & Competitions Manager, Nick Burley, but are yet to hear anything back in regards explanation or justification of the decision to allow doubleheaders and apply them in this way.

Incidentally, if you or your team have any feedback regarding the re-introduction and application of doubleheaders, this should be directed to [email protected]

Some flexibility in scheduling is great, but at the same time double-headers can also been seen as a quite attractive prospect to teams - saving them both money (in travel and/or pitch hire) and roster wear and tear - keeping players healthy for later in the season, playoffs, etc.

There are concerns that the reintroduction of doubleheaders sets a worrying precedent - that despite teams having thirteen weeks to complete an eight-game schedule, the lure of double rewards for one game’s effort may see clubs come to prefer the option when it’s available to them. Though the ‘exceptional circumstances’ listed include bad weather and facility availability, it feels like this slackening of regulations lowers expectations upon teams to complete schedules on the gridiron itself - perhaps via midweek matchups if necessary, and provides advantages to teams where scheduling has made doubleheaders a possibility, over those who perhaps don’t have the option available due to already playing each rival once already in a season?

Looking to this year in particular, and Glasgow might very well have seen a conference crown slip through the fingers following a loss in a doubleheader fixture their Head Coach says he never directly consented do, was merely informed had been arranged.

Meanwhile, Brunel might well steal the 1A South title from a team that has the head-to-head tiebreaker over them, simply thanks to Brunel being able to catch up postponed games in their schedule with a doubleheader - an option not available to their rivals, the Cougars, who’d already played each of their conference opponents once earlier in the season.

With so much at stake, the reintroduction of doubleheaders through even just these two instances so far could have a massive impact on the BUCS 17/18 season.

But what are your thoughts #BritballNation?