Limited action around the BAFA National Leagues with the Adult GB Lions in action against Finland on Sunday, but there’s still plenty of talking points to take a look at…

Pumas win! Pumas win! Pumas win! For the first time in 2018, the Pumas end a game victorious, overcoming East Essex Sabres 10-12 on the road in their season finale. No more [insert generic Maidstone lost heavily comment] this week! Will the Pumas use this morale-boosting to continue to improve over the off-season? 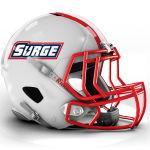 We have our NFC2 South champions! The Surge needed to beat the Bulls by 4 or more points to leapfrog their opposition into the top spot. Taking a 14-0 lead in the half, Staffordshire survived an attempted Bulls comeback to come away with a 8-14 road win. At 7-1, they’re currently the #3 seed in the NFC2 playoff rankings, earning homefield advantage for at least the first round of the postseason! 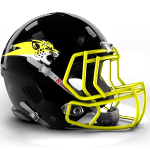 Finding themselves in a similar situation to the Surge, Hertfordshire entered their game against Portsmouth knowing they needed to win by 12+ points to secure the conference title. The 20-0 victory therefore was more than enough to post a 7-1 record and claim the SFC2 South crown. It’s a waiting game to find out their final ranking however, as both the South Wales Warriors and London Blitz B sit at 7-0…

Tack on the fac the U19’s have secured a trip to either the Britbowl or National Plate final with their win over the Warriors and it was a highly successful weekend for the Pride. 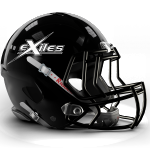 Ding ding! Round one to Kent in their battle with the Hornets for the SFC1 East title. With back-to-back battles to settle the crown, the Exiles took the sting out of their London opponents with a 17-0 win. The return game promises to be a doozy on 12 August!

Similarly to the Cheetahs, they also saw good news out of their U19s who locked up strong seeding heading in the Division Two playoff tournament thanks to their big win over Wembley!