U19 finals, playoffs, forfeitures… not to mention the last round of Division One regular season games, this weekend had it all! It was a solid weekend for the Exiles, with the U19 side winning the D2 Final, beating out Essex Spartans 22-10 in the semi-final before besting Black Country Vipers 18-2 in the finale. The adult side meanwhile may have lost to the Hornets, but still managed to hold on to the top spot in the SFC1 East, securing a home tie against Sussex Thunder. 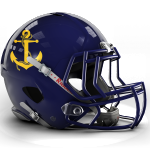 Eight games across the Division Two quarter-finals and all eight home sides progressed to the next round. Perhaps the most impressive of the victories was the demolition of Torbay by Portsmouth Dreadnoughts, though the 61-0 pumping given to Furness by Aberdeen Roughnecks should send a statement to the rest of the NFC2. The semi-finals look like this;

#2 London Blitz B vs #3 Hertfordshire Cheetahs Unofficially, it looked like BAFA would rule in favour of the Vikings over the cancelled game with Leeds. By beating Lancashire in a thrilling shootout yesterday, the Vikings made the ruling redundant, securing the top spot and a home tie against Sandwell Steelers. The Division One quarter-finals look like;