Of course, we jest. This is a big day for thousands of current and potential Britballers - the University American Football season represents perhaps the single-largest period of growth of the Britball community each season as hundreds, potentially thousands, are introduced to playing American football for the very first time.

However, it’s no coincidence that many top universities also boast some of the best sports programmes. The current reigning National Champions, the Durham Saints, top out a list of top-ranked Unis (according to the Complete University Guide league tables 2019) with awesome football programmes (according to the BUCS 2017/18 Standings)

So what happens if you fall short of the results you were looking for, but know you still want to reach for the skies on the gridiron?

If you’ve received bad news this morning and your dreams of playing for that top-flight team (or, perhaps, getting a top-flight education, whichever), suddenly seem a lot more distant? Fear not!

The good news is year on year there are now more Uniball teams than EVER before and even better - there’s some rather good American Football programmes playing out of some more accessible Institutions of Higher Education!

And so, if you didn’t get the results you were looking for but still want the opportunity to rule the Gridiron through the winter months - here’s DC’s top five Uniball Programmes whose parent institutions are more likely to have courses in your UCAS points bracket:

Stirling University - Winning the Lions’ share of National Championships in recent seasons, Stirling offers a great solution if things really didn’t go that badly for you, but you’re still having to re-think your choices. Just remember to pack some thermals.

Swansea University - Similarly ranked around the ~40 mark nationally, if you’re a aiming high both on and off the field, Swansea offers a great balance if you just missed out on those tip-top grades you were looking for. 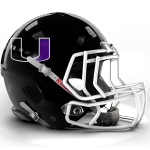 Portsmouth boasts a strong Uniball team that fought its way into the top tier ahead of last season, and most importantly - clung on to those credentials! It’s always tough to jump the gap between Division One and Premiership balling, so they deserve a lot more credit for the quality of ball they played last season than their two wins might imply.

The University has a bunch of courses entering clearing depending on what floats your boat, including a range of Sports Science degrees that start from around 112 UCAS points (BBC). The newest additions to the Premiership South, the UWE Bullets went on a rampage in the latter half of their season, smashing their way into the top tier for 2018/19.

With a strong history that includes a National Championship, and great football links with the local programmes including the internationally-acclaimed Filton Pride, the Uni also began offering scholarships in 2017, which may still be worth looking into.

A campus Uni on the edge of Bristol - voted the ‘Best Place to Live in the UK’ in 2017 - UWE have more than 180 courses entering clearing, including a few places left on their BA (Hons) Sports Business and Entrepreneurship… Actually, now I’m thinking about applying… 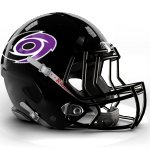 The historically most successful programme in Uniball history with five National Championship titles to their name, the Hurricanes are the very model of consistency in Uniball. We can’t honestly remember the last time they didn’t have a winning season, and their battles with Birmingham for the top spot in the Premiership South in recent years are the thing of Uniball legends. They’ve got great links with top-flight National League programmes including the London Blitz, and with the University itself positioned just at the edge of the capital, that means you’re never far from the action. What action? Any action. It’s London!

With a whopping 300+ courses entering clearing whatever it is you’re interested in taking further? Odds are there’s a course for you at Herts.   This includes a BSc (Hons) Sports Coaching degree that will consider applicants from 96 UCAS points and up (CCC).

The 2017/18 BUCS runners-up represent potentially astounding value in the grades-for-graft stakes, as the Braves football programme has transformed into a powerhouse in recent seasons. They may have only picked up three regular season wins last year, but they turned it on down the stretch and dominated in the postseason, coming up just a couple of failed redzone trips short of a first National Title.

A well-supported Football programme means the team have an influx of international scholars each year, meaning odds are you’ll play alongside and learn from D1 NCAA ballers. The team have close ties with the Leicester Falcons National Leagues programme, another outfit that’s been making waves lately.

Thought the range of choices you had at Herts was good? Derby reportedly have 677 courses entering clearing this year (there’s a lot of joint honours courses i.e. ‘Accounting and <insert subject here>’) including foundation year options if things really didn’t go to plan and you’re looking for a route into a degree without many points to hand.  They have a BA (Hons) Sport and Exercise Studies joint honours course that you can combine with studying… well pretty much anything! Including journalism… Again, we’re tempted. 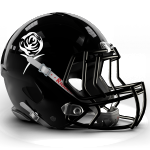 The dark horses of 17/18, Carnegie achieved the unheard of last year - earning promotion to the Prem North… And holding onto it! Finishing the year 4-4, they effectively displaced sports giant, Loughborough University in the Northern half of the top tier and turned heads throughout the season and postseason - taking a long trip south to convincingly dispatch the Hurricanes in the first round of playoffs, before being forced to bow out due to the disruptions caused by crumby weather at the end of the year.

Head Coach Dale Bottomley was DC’s Coach of the Year for 2017, not just thanks to his awesome work with this team, but also the Leeds Academy of American Football that continues to produce outstanding young ballers.

The Uni itself is nestled right in the heart of Leeds, surrounded by galleries, museums and arenas, and has 140 courses entering clearing this summer - including a number of sports science degrees that come with foundation years, with access starting from as little as around 72 points (DDD).

If things really didn’t go to plan with your results? Leeds Beckett affords you the chance to still play in the most competitive and talented conference in all of Uniball.

Seriously, we hope you young ballers got everything you wanted from your A-Level results and have an incredible, bright, future ahead of you. But never forget there are dozens of different ways to develop - both your education, your career, but also your football. Congrats on your achievements today, and look forward to seeing many of you entering the fray in when the BUCS season kicks off later this year!