It just goes to show that anything can happen in Football. Prior to the Christmas period, there were strong indicators that Glasgow would have this conference sewn up and have their eyes set on playoff football… but an upset win from Hull Sharks has thrown the league into turmoil,  making it all to play for in the 1 A North.

Northumbria will be looking to capitalise on the setback suffered by Glasgow camp and pull themselves out of the relegation basement with a win to start off the second half of their season. Numbers seemed to be dwindling in a similar fashion to Sunderland pre-Christmas break, so we hope that a second semester recruitment drive may have bolstered any depth issues the Mustangs had.

Even so, Northumbria’s offence will need to ensure they’ve worked off all their mince pies and turkey ahead of this weekend, as they’ll be facing the hard-hitting Tigers defence who have only allowed 30 points to be scored so far this season, the lowest in the conference.

With regards to Glasgow, although it was highlighted that their suprise loss against Hull was a battle of the defences (with the score being 3-0 to the Tigers going to into the 4th quarter), we hope to see the resurrection to their two-headed monster of an offence with Running Back Lewis King, who has been the backbone of the Glasgow run game for the past nine years, and dual-threat Highlands Wildcats Hall of Famer Ewan Crawford. Between them, they’ve played a large part in the 88 points the Tigers have racked up so far this season, making them the highest scoring offence within the conference by 20 points.

This game is a chance for the Tigers to set their campaign on an upward swing and put to affirm that their matchup against Hull before the Christmas break was nothing more than a slight hiccup in a Championship season for the Tigers.

We aren’t ruling Northumbria out of the fight to stay in Division One just yet, but they’ll need to display form we’re yet to see from them in order to avoid a loss on Sunday.

Tigers to regain form in their Playoff-bound campaign. 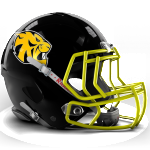 This game was originally a victim of the cold snap pre-Christmas. After starting the season 0-2 - a near unheard of for UCLan - they found a lot of offence in their previous game, as they put 36 past the hapless Leeds Gryphons. Having lost to the two Sheffield teams already the match against the Gryphons should have helped lift the spirits of the Rams before another big game against the surprising Fury team.

LJMU have been the surprise package in this conference this season, having beaten the Sabres and Gryphons, but then losing to the mighty Hallam. A possibility to sneak into playoff football is what is at stake for both these teams and the Sabres, as they jostle for position behind the Warriors.

This is a hard one to call, and could be won or last based on how much time the teams have had back after the break, and whether all their players have returned, but based on the Rams finding their feet last time out, and home advantage I’m going to side with them for this one. 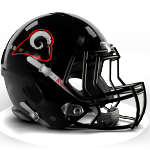 Over a month away from football the Reading Knights will collectively hope that the team has come back rested and ready to play for their first week of the season. Annoyingly for the Knight’s the second half of the season starts off against a very strong Kingston Cougars who sit atop the Conference undefeated.

Like the rest of the Conference, the Cougars have had time to rest and develop. Luckily for them, they were building on top of a powerful O and D who are leading in points scored and points allowed. The team has put down over double the next highest, 35 by the burners, and allowed the least, 25, although they are being challenged here by the Burners on 26.

Unless something major has benefited the Knights and hindered the Cougars over the Christmas break this will be a win for the Cougars.

If you’re interested in writing about the 1A South East for DC, get in touch at [email protected]

A second showdown between these two teams, and we’ll say it right out of the gate – it’s tough to see this fixture going much differently to it’s November iteration.

Offseason departures have clearly left the Immortals looking very… well, mortal. They’ve put up only 12 points on the season so far, and while the score lines have gotten closer fixture by fixture – perhaps a sign of their rookies gaining experience – the upcoming Pirates are looking every bit a playoff team in waiting.

Following a narrow loss to the Falcons in Week Five, expect them to be eager to make a statement in their performance on Sunday.

We’d love to know more about the Pirates and maybe we’ll give them a chase on their preseason questionnaire, as we think they’ll not only take this weekend’s game, but are looking likely postseason contenders. 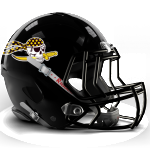